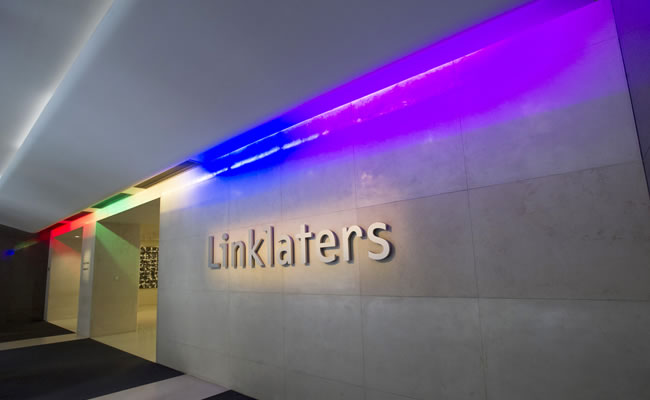 “Linklaters and all those who have made this year’s Top 100 Employers list have done a fantastic job. Taking part in our Index shows real commitment to understanding and advancing LGBT equality. This year, for the first time, the Index looked at what employers were doing for trans equality in the workplace: this work is crucial. With their support and hard work, we can create a world where all lesbian, gay, bi and trans employees are welcomed and accepted without exception.”

Linklaters are proud to announce that, for the first time, the firm has been named a Stonewall Top 100 Employer.

“We are honoured to feature in this prestigious list” says Gideon Moore, Firmwide Managing Partner and Executive Committee LGB&T Champion.

“At Linklaters we are passionate about creating an environment in which our LGB&T colleagues around the world can bring their whole selves to work and where every employee is valued for their talent. Nobody should be held back at work or in their personal lives because of their sexual orientation or gender identity.”

Chris Lynch, Director of HR and Executive Committee LGB&T Champion, said: “Linklaters is a people business. We look not only for brilliant minds, but for people who will thrive in our environment. Creating an inclusive environment for our LGB&T colleagues is a key priority of our Diversity & Inclusion strategy and we are thrilled that our efforts in this have been recognised by Stonewall”.

This year Stonewall received over 430 entries from companies in private, public and third sectors. Submissions detail the employer’s performance against a set of best practice criteria and include supporting evidence of initiatives undertaken. These criteria include: employee policy, the employee life cycle, allies and role models, senior leadership and community engagement. Some of our initiatives and activities in this area include:

Richard Hodgson, Restructuring Partner and a senior sponsor of the LGB&T network, said: “At Linklaters we respect and value difference, but insist on inclusivity. The workplace equality index is the best in class benchmarking tool to measure lesbian, gay, bi and trans inclusion and we are delighted that Linklaters has been named in the Top 100 list for the first time”.

Angus McGregor, Director of Risk and a fellow senior sponsor of the LGB&T network, added: “Featuring in the Top 100 list is a great result that reflects the focus Linklaters has placed on creating an inclusive environment where everybody feels they belong”.

Feedback from our people also plays a key role with employees asked a series of questions as to how comfortable and supported LGB&T employees feel by their employer. Over 92,000 responses were received by Stonewall in total this year, making it one of the largest national employment surveys in Britain.