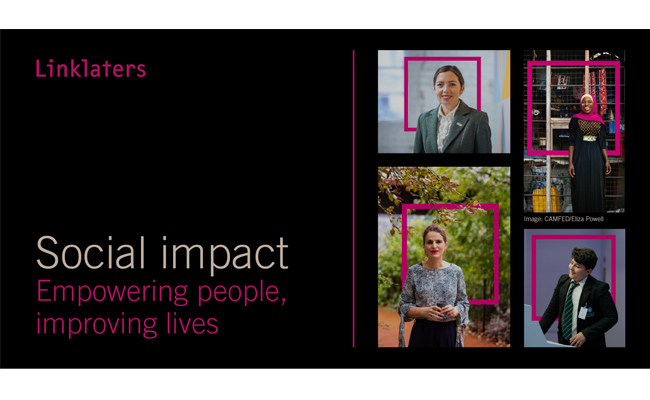 The number of women and girls in prison globally increased by more than 50% since the start of the century. Overincarceration of women due to drug-related offences is not the result of an increase of criminal activities. Harsh drug policies affect women because such policies are blind to the factors behind women’s involvement in drug crime, such as poverty, vulnerability to violence and coercion.

Linklaters has published a multi-jurisdictional study for Penal Reform International in conjunction with the International Drug Policy Consortium, analysing the sentencing of women convicted of drug-related offences.

There have been dramatic increases in the number of women in prison, particularly in the Americas and Asia. Research suggests this is a result of political choices, including harsh drug policies that disproportionately impact women. Although international standards and commitments by global leaders highlight the need for action, including gender-sensitive sentencing the trend has not yet reversed. Factors behind women’s involvement in drug crime frequently range from poverty and vulnerability to violence and coercion. As women’s typical primary role in drug trafficking is that of a drug courier – or ‘mule’ - this makes them easier targets for drug enforcement authorities. As such, drug policies are known to have a particular and disproportionate impact on women, also impacting their vulnerable children.

To shed light on the issue, the report considers drug legislation, sentencing guidelines and sentences imposed on women for drug-related offences across criminal justice systems in 18 jurisdictions. The report covers Argentina, Australia, Colombia, Costa Rica, Ecuador, England and Wales, France, Germany, Hong Kong, Japan, Mexico, New Zealand, the Philippines, Poland, Portugal, Russia, Spain, and the United States. Many countries surveyed fail to take account of, or consider, the typical circumstances and roles of women’s involvement with drugs. The findings show that many of the jurisdictions are not in line with international standards which promote the use of non-custodial alternatives to imprisonment.

The aim of this analysis is to support Penal Reform International’s advocacy efforts to reduce the unnecessary imprisonment of women for drug-related offences and to understand the scope for more proportionate sentencing.

“This study is a key step to reducing the unnecessary imprisonment of women and girls for drug-related offences. The international community has a responsibility to ensure the implementation of standards they agreed to, namely the UN Bangkok Rules. Furthermore, this study provides analysis and data to improve understanding on the drivers of overincarceration of women in various regions of the world. We are thankful to the global team at Linklaters for producing this vital research on a pro bono basis.”

“We are privileged to have conducted this important study for Penal Reform International, which we hope provides a solid basis for the development of policy guidance and recommendations to legislators and sentencing authorities, to tackle the overincarceration of women for drug related offences. This is a great example of our people, sponsored by Partner Simon Pritchard and led by Associate Rebecca Saunders and Managing Associates Lauren O’Brien and Verity Egerton-Doyle, using their legal skills and global networks to empower Penal Reform International to create change.”