“Beyond the strides already being made under current EU State aid policy, the need to achieve “non-economic” environmental objectives is moving quickly up the wider social and political agenda and, in the right circumstances, should successfully trump traditional competition concerns around coordination.” 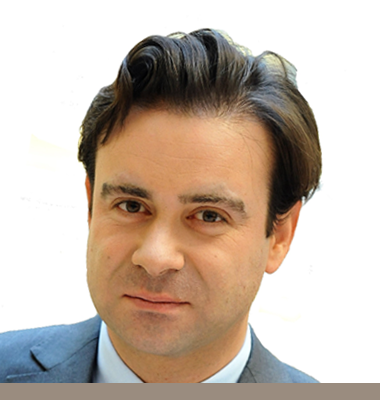 Until now, the words “climate change” and “competition law” weren’t often used in the same sentence. But this is all set to change. Companies are recognising the need to pro-actively address ESG (environmental, social and governance) issues. And environmental protections are playing an important role as part of a wider political strategy to promote and achieve broader social policy goals. The question on many people’s lips is: is competition law a major obstacle to achieving sustainability objectives and, if so, how do we fix it?

Can you agree sustainability standards without breaking the rules?

Competition law and environmental issues can collide when companies quite rightly want to collaborate to make their businesses more sustainable; e.g. by discussing how best to reduce plastic and other packaging; whether to switch from suppliers who don’t comply with environmental standards; or how to comply with stricter emissions standards.

The perils of the efficiency defence

Broadly speaking, most competition regimes prohibit agreements which harm competition, but exempt them when they produce efficiency gains which outweigh that harm (the so-called “efficiency defence”).

Lots of sustainability agreements will fall outside of the competition rules altogether. For others, it may be possible to invoke the efficiency defence where the environmental benefits outweigh any anti-competitive effects. But this relies on the “non-economic” benefits of the agreement being given enough weight by enforcers, and – since individual exemption from competition rules is generally unavailable – also relies on parties taking that risk (ideally based on robust legal advice).

Executive Vice-President Vestager, for one, has pointed out recently that it is possible to avoid breaking the rules – and indeed EC officials have invited companies to discuss sustainability projects with them.

But the risk of competition enforcement may have prevented many agreements getting off the ground. Take for example the potential Brazilian competition challenge against the longstanding “Amazon soybean moratorium” – a commitment by trading firms not to buy soybeans from parts of the Amazon rainforest cleared after 2008.

Or the cautionary tale of the US DOJ's probe into emissions collusion by carmakers. Disputing the accusation that the DOJ’s decision to investigate was politically motivated, Assistant AG Delrahim stated that “[a]nti-competitive agreements among competitors – regardless of the purported beneficial goal – are outlawed because they reduce the incentives for companies to compete vigorously, which in turn can raise prices, reduce innovation and ultimately harm consumers.” When agreements are pursued as criminal or hardcore violations of competition law, this implies that there is no real room to balance non-economic factors.

While Chinese competition law provides for a possible exemption in general terms for restrictive agreements that help promote social benefits such as energy saving, environmental protection or disaster relief, there is no further practical guidance based on legislation or case law. The Draft Amendment to China’s anti-monopoly law (AML) issued this month also raises the bar for qualifying for an exemption for alleged monopoly agreements: in line with international best practice, parties who seek to argue that their agreement should be exempted on efficiency grounds will need to show that the efficiencies are “indispensable” to the sustainability goal pursued.

But as climate change issues move up the political agenda – see for example the EC’s Green Deal which aims to cut the block’s greenhouse gas emissions to net zero by 2050 – we expect that political pressure will result in environmental and sustainability factors carrying more weight in the authorities’ balancing of competitive harm against efficiencies. This chimes with recent findings suggesting that the notion of “consumer welfare” (which competition law is fundamentally designed to protect) has been expanded to include other factors like environmental impact. With some creative thinking and careful planning, companies looking to cooperate on sustainability issues should be able to without breaking the competition rules.

Time for a clear exemption from the rules?

The EC is currently inviting comments (until 12 February 2020) on its evaluation of the Horizontal Block Exemption Regulations (BER) – due to expire in 2022. These carve out certain categories of agreements between competitors from the EU competition rules.

Seeing this as an opportunity for policy change, many have called urgently for greater consideration of environmental issues, as well as clarity on when cooperation to tackle them will be deemed okay (or not).

Absent any standalone BER or paper on the EC’s enforcement priorities in this area, the position that the EC takes in the revised guidelines – and whether it decides to explicitly allow for cooperation around sustainability – will be an important gauge of how seriously it plans to take these issues as part of its future enforcement agenda.

“With mounting social and political pressure on companies and fund managers to pro-actively tackle climate change issues, a strong ESG profile will be vital, and could in fact be necessary to attract investors. Positive environmental outcomes might in the future help to achieve approval of an otherwise problematic deal, or can be a contributing factor to a deal going into an in-depth investigation where the sector is important to green objectives. A pivot towards putting more emphasis on environmental policy will also mean competition authorities will be on the lookout for deals which look like attempts to reduce the competitive threat of “greener” innovators.” 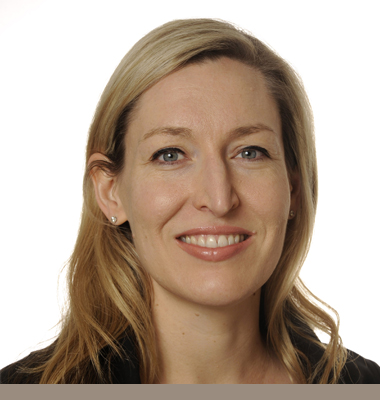 With increasing pressure on companies and fund managers to help bring about real social change – see for example the furore surrounding Cambridge University’s endowment fund and its fossil fuel investments – ESG issues are now firmly at the forefront of M&A strategy and ultimate deal valuation. “Green” companies with a strong ESG profile are being eyed up as real opportunities to increase value across the wider acquiring business, even if bought at a premium. And companies may want more control than they would traditionally take over investments on the basis that imposing higher ESG standards will not only achieve social goals, but will maximise future returns. Such a strategy may bring more deals within the merger control rules.

What impact will ESG issues have on the merger control assessment? On one hand, positive environmental objectives may mean approval of an otherwise problematic deal (see the German minister’s recent approval of the Miba/Zollern joint venture on environmental grounds). They can also be a contributing factor to a deal going into an in-depth investigation where the sector is important to green objectives (see Arubis/Metallo and Novelis/Aleris before the EC). More controversially, deals could potentially be blocked or cleared only subject to remedies that address any merger-specific environmental concerns.

Competition authorities will also be on the lookout for potential “killer acquisitions” in the energy sector where established companies aim to remove smaller, innovative competitors who represent a real future competitive threat on the basis of their “green” profile.

By contrast to the competition rules, EU State aid rules have already proven to be an effective tool to achieve environmental protections. Last year, more than 30% of all approval decisions in each of October, November and December alone related – at least in part – to environmental or sustainability initiatives.

But the EC intends to go further. As part of its comprehensive “fitness check” of the EU State aid rules, an EC Staff Working Document re-vamping guidelines on environmental protection and energy is expected later in 2020. The aim is to bring the guidelines in line with ambitious EC plans for far-reaching environmental legislation under the Green Deal with EC proposals to revise relevant laws expected by June 2021. The EC recently unveiled plans to finance its Green Deal – and a climate-neutral Europe by 2050 – by mobilising at least €1 trillion of sustainable investments over the next decade. The plans include amending the State aid rules to facilitate approval of State aid for just transition regions, as well as incentivising investments by the private sector in eligible projects.