Companies generally have to self-assess their agreements for compliance with competition law. But to tackle the health crisis some businesses have worked together to ensure uninterrupted supply of essentials – often supported by guidance from competition authorities.

Now, businesses are looking at ways to cooperate to ease recovery from the crisis. As declining markets and sudden, non-transitory shocks tend to trigger unlawful collaboration between competitors, they need to remember that competition laws continue to apply.

But the health crisis has highlighted the need to give clearer guidance on competitor collaboration, especially to foster meaningful progress on both sustainability and digital competition. 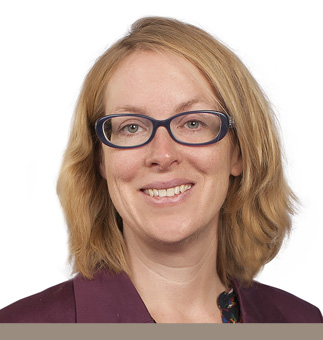 Lessons learned: Competition law and enforcement can be flexible

In response to the pandemic, competition authorities globally showed a flexible and pragmatic approach to competition law enforcement. The vast majority provided guidance and rapid review processes for temporary and necessary coordination projects (such as the European Commission’s Temporary Framework, ECN Joint Statement, US fast track review and joint FTC/DOJ statement). The first sectors to benefit were healthcare, agri-food, transport, and groceries, followed by many others including telecoms, electricity and financial services.

Cooperation mostly took the form of sharing information about sales and stocks, capacity, supply gaps, or joint transport. This was accepted in several countries, provided safeguards were put in place to document and limit exchanges of information to what was strictly necessary. Some authorities favoured exchanges organised through industry associations or platforms.

Companies publicly welcomed this informal guidance and the “return” of ad hoc comfort letters. But some authorities have reported that the uptake of offers to provide informal guidance was lower than anticipated, perhaps indicating that companies prefer to take on a degree of risk rather than engaging in potentially lengthy and burdensome exchanges on the detail of cooperation agreements when they need a quick response.

Challenges for now: Bringing capacity back online in the “new normal”

The pandemic has led to a dramatic drop in demand and under-utilisation of production capacity in many sectors.

Although agreements among competitors on capacity and production restrictions are in principle prohibited by competition law, a coordinated reduction of overcapacity (often referred to as crisis cartels) can be justified in individual cases, especially if it’s temporary. The logic is that competition will be enhanced if more suppliers survive the crisis. However, companies should not engage without prior legal advice.

As lock-down measures ease, closed sectors will need to re-open (preferably) in an orderly and coordinated fashion. Sectors with complex supply chains have already seen chain reactions and delayed restarts to production. Look at the automotive industry: by the time negotiations between manufacturers and suppliers were concluded, companies in crisis risked already going into insolvency.

This was addressed in Germany where the competition authority agreed with the German Association of the Automotive Industry on framework conditions for restarting automotive production and a model for restructuring suppliers applicable until the end of 2021.

And Brazil’s CADE authorised a cooperation agreement between major food and beverage companies to mitigate the effects of the crisis on smaller retailers by helping them to reopen, including by providing PPE and offering special trading conditions to replenish stocks.

Back to reality: The competition rules still apply

Many authorities have expressed concerns that temporary infrastructure and information sharing create familiarity and open the door to ongoing tacit and unlawful collusion.

Although interim authorisations and comfort letters provide some legal certainty, they do not protect companies from investigation. And Covid-19 may not stop them any longer. The German FCO is working on far-reaching protection measures for dawn raids and authorities will generally resume using their investigative powers (including dawn raids). When they do, prime targets for investigation could be companies that have worked together during the crisis. For example, Russia’s FAS’s traditional interest in the healthcare sector resulted in more than 35 new cases in H1 2020. If in doubt, businesses should carry out spot audits and internal investigations and revisit their compliance programmes now.

From recovery to sustainable and digital competition: Spotlighting the need for guidance

The pandemic clearly brought to light what we’ve already seen before: a growing consensus on the need for more guidance on certain forms of collaboration. The winners could be ESG and digital cooperation – two topics that top the EU agenda.

Our survey confirms that companies want explicit guidelines on cooperation to achieve meaningful progress on sustainability. The Dutch authority has taken the first step, issuing draft guidelines which explicitly state that benefits to society as a whole such as lower carbon emissions could outweigh any harm to direct consumers. The EC fully endorsed the need for clear guidance and is looking into this as part of its ongoing review of Horizontal Cooperation Agreements. Meanwhile, the CMA – which has listed sustainability as one of its top priorities – intends to use its consumer law powers to help achieve progress, in addition to communicating more clearly about what is lawful cooperation in this space.

Similar calls have been made to provide more guidance on digital cooperation and to ease data-sharing between businesses. China’s SAMR signalled that it would be open to exempt agreements that are conducive to technological progress. The EC’s industrial strategy acknowledges the need for “a framework to allow businesses to create, pool and use data to improve products and compete internationally”.

We expect that with Germany chairing EU talks between national governments until the end of the year, at least in the EU there will be significant progress on giving companies more guidance on lawfully collaborating in these key areas. 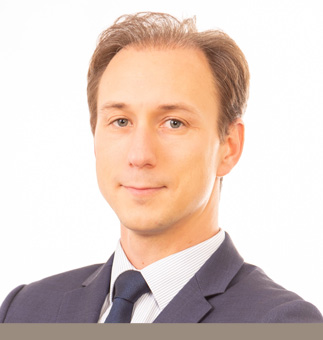 “Despite competition law’s inherent flexibility, the pandemic spotlighted the existing need for explicit guidance on two areas of collaboration: to achieve important sustainability goals and to enable data-sharing between tech companies to enhance digital competition. We expect to see accelerated progress in these areas, especially in the EU.”

State interventionism is on the rise globally, but what does this mean for companies, especially in the context of the recovery? We expect more foreign investment control and protectionism especially in the tech and healthcare sectors, companies delivering on governments’ sustainability agendas and authorities imposing more invasive commitments. Here’s why.

Find out more The sprint towards ever greater state interventionism

The checks and balances of the merger control process are never more important than in times of crisis. But we are already seeing signs that crisis-driven M&A reviews will face intense political pressure. Meanwhile authorities have been bracing themselves for a surge in failing firm defence claims. Traditionally met with scepticism, will they gain traction through the Covid-19 lens?