In the aftermath of the pandemic, companies in almost all sectors could find themselves in severe financial distress, having to decide between exiting the market and merging. Some of these will be under-performing “zombie” companies. Others will fall victim to reduced demand which may never come back.

On the flipside of the obvious challenges, there will be significant opportunities for well-placed incumbents, financial investors and challengers too – especially in “winning” sectors post-Covid such as tech and healthcare.

The checks and balances of the merger control process are never more important than in times of crisis. But we are already seeing signs that, while remaining subject to high standards of competitive assessment, reviews will face unprecedented political pressure. Meanwhile agencies must grapple with the challenges of applying an inherently prospective and potentially lengthy assessment in times when market circumstances can change quickly and unpredictably, and when delay risks value depletion.

“Governments will become ever more involved in deciding the fate of M&A deals, keen to rescue strategic companies and “de-risk” global supply chains. They will be more wary than ever of perceived predatory deals – especially by foreign buyers in important sectors like tech and biopharma.” 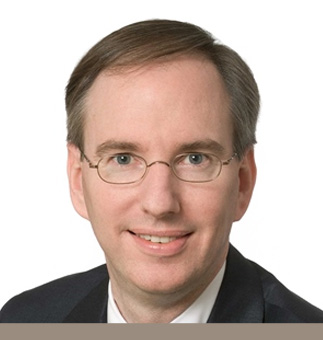 Political intervention in the merger process and criticism of agency permissiveness in certain sectors were already on the rise before the crisis hit. But as part of a broader trend, governments are becoming ever more involved in M&A – keen to push through deals which pursue public policy goals (like protecting employment) and more wary than ever of perceived predatory (foreign) deals, especially in sectors like tech and biopharma.

But there are lessons from the 2008 Global Financial Crisis. Some mergers like Lloyds/HBOS, waived through on public policy grounds, were heavily criticised as permanent fixes for temporary problems. And private players found themselves to be public property, subject to ongoing and often uncomfortable levels of control.

There will also be challenges with addressing market distortions brought about by subsidising some companies/sectors and not others. The EC is looking at foreign subsidies – but it remains to be seen how effective its plans will be in practice.

The CMA will be another important authority to watch here given its particularly economics-focused approach to merger assessment. It can also be expected to be interventionist: recent decisions to intervene in non-UK centric cases (e.g. Sabre/Farelogix and Thermo Fisher/Roper) have attracted significant attention globally. They reflect the CMA’s keenness to demonstrate its credentials as a leading global authority ahead of the end of the Brexit transition period (and the One Stop Shop under the EU merger rules) in December, when many deals will become subject to parallel EU and UK review.

Opportunities to acquire distressed assets will go hand in hand with requests to allow merging parties to close before their merger clearances are in place. We saw this during the 2008 Global Financial Crisis, when the European authorities showed that they can act swiftly, granting derogations within a few working days. We expect them to again respond rapidly to any requests over the coming months.

In other jurisdictions like the US, derogations aren’t possible. But the suspensory period is shorter for acquisitions of targets in bankruptcy proceedings.

Some authorities have gone further. For example, a new exemption from Brazilian notification is available until 31 October (or for as long as Brazil’s state of emergency lasts) for otherwise notifiable cooperation agreements related to mitigating the consequences of the pandemic.

Failing firm defence: don’t get your hopes up

We could be forgiven for thinking that the failing firm defence – traditionally rarely invoked or accepted to allow clearance of an anti-competitive deal – would become much more prevalent over the Summer and beyond.

But in contrast to supportive moves by authorities to “soften” some competition rules, traditional scepticism of perceived attempts to flout the merger rules persists. Authorities have made strong statements that their approaches will remain unchanged. Take the CMA’s Covid-19 guidance, put into practice when it rejected FFD arguments in JD Sports/Foot Asylum despite the shutdown of UK highstreets (now on appeal).

The FTC has expressed great scepticism of claims that one of the merging parties is a failing firm, making it clear that the FTC would not alter its strict requirements. By contrast the DOJ confirmed that it is taking the impact of Covid-19 into account. And the ACCC has acknowledged that “very hard calls” will need to be made in respect of potential failing firms of strategic importance to Australia.

It will be vital for merging parties to quickly provide – and for agencies to properly interrogate – credible and compelling evidence of the need for relief, based on several possible counterfactuals. The CMA’s controversial U-turn in Amazon/Deliveroo is a cautionary tale of what can happen otherwise. Parties will also need to show long-term effects: a short-term hit that will pass won’t be enough.

Companies have shown real dynamism by switching production during the crisis – from fashion to face masks, and from gin to hand sanitiser. Supply-side substitutability could play a more important role when defining product markets, feeding into the substantive assessment of mergers as well as the ongoing consultation on the EC’s market definition notice.

Where divestments are required to address concerns, potential purchasers – especially private equity firms – should expect intense scrutiny from competition agencies. In some jurisdictions like the US, it is now nearly always necessary to line up an upfront buyer.

Recent remedies packages are notable for their stringency. But the more stringent the remedy requirements, the smaller the pool of suitable buyers. Finding the type of perfect buyer that was required in Takeda/Shire (independent, no competition issues, plus sufficient financial resources, expertise and incentives to bring a pipeline product to market) will be hard if not impossible when capital is constrained, especially in badly affected sectors like transport.

Agencies are already extending remedy deadlines to ease the pressure. But it is likely that we’ll see more waiver requests. More remedy failures seem likely too. Like Safeway/Albertsons in the US where the buyers went bankrupt shortly after acquiring the divested businesses. Or Outokumpu/Inoxum in the EU where ultimately the divestment business was reacquired by the seller (Thyssenkrup) due to the lack of suitable buyers.

“Competition authorities will continue to be sceptical of the failing firm defence even in the context of crisis-driven M&A. Dealmakers will need to show with compelling evidence – consistent with their internal documents – that absent the deal the target’s exit will be inevitable.”

State interventionism is on the rise globally, but what does this mean for companies, especially in the context of the recovery? We expect more foreign investment control and protectionism especially in the tech and healthcare sectors, companies delivering on governments’ sustainability agendas and authorities imposing more invasive commitments. Here’s why.

Find out more The sprint towards ever greater state interventionism

Throughout the health crisis, businesses have worked together to ensure uninterrupted supply of essentials – often supported by guidance from competition authorities. But as businesses seek to recover from the crisis and adapt to the altered outlook, what role should cooperation play? And what does that mean for the application of the competition rules?

Find out more Competitor cooperation in times of crisis – A chance to reshape the rules?