We were already discussing the rise of state interventionism before the pandemic. The introduction and expansion of foreign investment regimes globally including US reforms to CFIUS, the French-German call for national champions and important projects of common European interest (IPCEIs) are all testament to this trend.

But the health crisis has added momentum to these developments and provided fertile ground for new forms of intervention.

What does this mean for companies trying to recover from the crisis? Here are the key things that we expect to see more of over the coming months.

“Since the start of the health crisis, foreign investment control regimes across the globe have rapidly become more burdensome. Investors are starting to see the effects, but there is still more to come.”

Procedural thresholds have been lowered to capture a wider range of investments via recent reforms in France, Germany, Italy, Japan, the UK and Spain. Australia has temporarily reduced its threshold to zero, Canada has broadened the list of investments that may be subject to additional scrutiny from the government for national security reasons, whilst Russia is also considering expanding its FI regime.

Further reforms are on the horizon or could grow from political sentiment:

The tech sector will be under intense scrutiny

Governments are keen to protect and maintain their technological sovereignty, including via protectionist measures and even bans on inbound investments. France and Germany launched Gaia X, the European response to the rise of US and Chinese cloud service providers. Amid rising tensions in US-China relations, the US has extended its ban on US firms buying Huawei equipment, plans to ban the messaging service WeChat and force the sale of the video app TikTok on national security grounds ( moves being challenged by WeChat users and by TikTok). While the UK decided to ban Huawei’s 5G equipment in its networks and other countries may follow suit.

New EU and German rules will increase possibilities for (early) intervention. The P2B Regulation – addressing how online platforms treat businesses on their platforms – came into force in July. The EC also kicked off legislative initiatives on the ex-ante regulation of large online platforms to ensure contestability of markets, and on a new competition tool aimed at remedying structural competition problems. In Germany, a draft bill giving the FCO early intervention powers against online platforms has been submitted to Parliament. And EC Vice-President Vestager wants national competition authorities to refer more cases to the EC, even when these authorities don’t have the power to review these cases themselves. She hinted explicitly at mergers in the tech sector, adding that “a company’s importance for competition isn’t always reflected in its turnover”.

Far-reaching commitments will be required in exchange for state support

The Temporary Framework has given EU governments unprecedented flexibility to support Covid-19 ravaged economies via State aid rules. But it has come with strings attached, opening the way for political interference in corporate governance.

Take Lufthansa’s EUR 6bn bailout which – in addition to more “traditional” slot divestment remedies – came with a ban on dividends and share buybacks until Germany has exited in full, a ban on acquisitions of competitors, and limitations on management remuneration until at least 75% of the recapitalisation has been redeemed.

Companies borrowing more than £50m under the UK’s CLBIL scheme must agree to  restrictions on dividend payments, senior pay and share buy-backs.

While in the US, Congress passed the CARES Act, which provides for aid to businesses struggling as a result of the pandemic, including loans with conditions attached around compensation and severance pay for highly paid employees.

As we saw with the Global Financial Crisis, the conditions imposed on struggling companies will have long-lasting effects on them, their shareholders and potential investors. Companies receiving public funds should expect their investment decisions to be scrutinised. And financial sponsors who subsequently take stakes in them will also be subject to greater scrutiny on how they manage their portfolio and how they get paid.

Companies may be forced to deliver on policy goals – especially sustainability

The EC tabled an ambitious Green Deal promising a carbon neutral bloc by 2050, approved a EUR 3.2bn IPCEI on sustainable and innovative electric batteries and is fostering European alliances in clean hydrogen and circular plastic. Conditions for benefitting from EU State aid and recovery funds have become intertwined with these political initiatives.

EC Vice-President Vestager has said that recipients of support “need to deliver on the objectives set by the Green Deal”. And these so-called “green strings” have already been utilised by Member State governments – a trend we expect to continue. Renault’s EUR 5bn guarantee from France was made conditional upon Renault joining the batteries IPCEI. While the Dutch government imposed sustainability conditions on its EUR 3.4bn support to airline KLM.

Political pressure to allow for the creation of European champions is mounting. France and Germany, supported by Italy and Poland, have become bolder in their calls to arms.

And competition authorities faced with the task of reviewing a highly political merger may avoid a prohibition decision by imposing extensive commitments instead. The acquisition of Poland’s biggest gas group (Lotos) by its largest refiner (PKN Orlen) is a recent example of a merger to create a “quasi monopoly”. Rather than blocking the deal, the EC imposed far-reaching structural and behavioural commitments across a complex set of supply, access, transport and storage agreements. The EC is widely considered to have gone further than it would normally have done. A sign of things to come?

And what about the broader impact on merger assessments of crisis-driven M&A as we move forward into the recovery? We’ll be looking at this in more depth in our third story. But as a taster: dealmakers will need to be practical and prepared. Their deals will still be subject to the usually high standards of competitive assessment. But that assessment will take place against a radically different backdrop and, in line with the broader themes we’ve explored here, in the face of unprecedented political pressure. 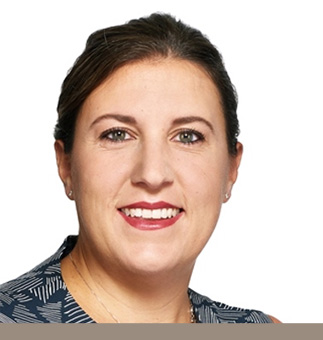 “Companies receiving public aid in Europe shouldn’t be surprised if they end up implementing the EU’s political green agenda.”

Throughout the health crisis, businesses have worked together to ensure uninterrupted supply of essentials – often supported by guidance from competition authorities. But as businesses seek to recover from the crisis and adapt to the altered outlook, what role should cooperation play? And what does that mean for the application of the competition rules?

Find out more Competitor cooperation in times of crisis – A chance to reshape the rules?

The checks and balances of the merger control process are never more important than in times of crisis. But we are already seeing signs that crisis-driven M&A reviews will face intense political pressure. Meanwhile authorities have been bracing themselves for a surge in failing firm defence claims. Traditionally met with scepticism, will they gain traction through the Covid-19 lens?