Collective redress across the globe - PRC

Collective actions in the PRC are limited to representative actions in which there are at least ten individual parties on either side with similar legal interests. The parties will typically be represented by two to five of the participants on that side. Only a party with a direct interest in the action itself may bring a claim.

The court’s permission is required for such an action to proceed. If not all claimants are already parties, additional potential claimants may join within a fixed time frame. In addition, unregistered claimants who subsequently bring separate claims may take advantage of the court decision in the representative action, provided that any limitation period has not expired.

In practice, representative actions are viewed unfavourably by the courts and rarely conducted.

What forms of collective actions are permitted in this jurisdiction and under what authority?

The following types of collective actions are permissible under PRC Civil Procedural Law:

Ordinary joint actions: claims initiated by multiple claimants or brought against multiple defendants can be processed jointly in one proceeding if the disputed matters are of the same kind, subject to the consent of (i) the participants and (ii) the court. Although the trials of these claims would proceed together, a separate judgment would be given in each claim. This type of collective action is not considered further here.

Who may bring them?

Under PRC law, only a party with a direct interest in the action itself may bring a claim for damages.

Opt in or opt out?

Ordinary joint actions: opt in. Court decisions extend only to the participants.

Representative actions with a fixed number of claimants: opt in. Court decisions extend only to the participants.

Although not legally prohibited, disputes over matters relating to capital markets may, in practice, not proceed as a representative action, including claims for damages caused by inaccurate public investment information, market manipulation or insider trading.

What relief may be obtained?

Any remedy usually available in civil proceedings may be sought by the claimants.

How are such actions funded?

The general rule is that the losing party pays the court fees of the successful party. Except for certain types of claims (such as actions relating to unfair competition or intellectual property rights), each party is liable for its own legal fees and other expenses and costs. Contingency fees are generally not permitted in representative actions.

In terms of pre-trial exchange of evidence, (i) if requested by any participant, the court may arrange a session for the participants to exchange evidence prior to commencement of trial, and (ii) for complex cases or cases which involve a large amount of evidence, the court is required to arrange such a session.

It is unlikely that the courts’ attitude towards representative actions will change in the near future. 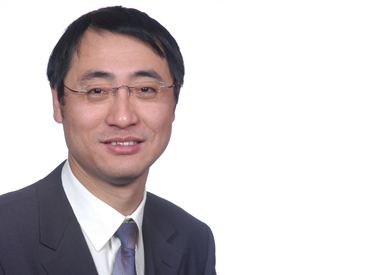 Find out about collective redress in another Jurisdiction