Latin America: What happened in 2018 and significant events in 2019

Latin American Law: Year in Review 2018 and Year to Come 2019 summarizes some of the major developments in Latin America last year, and a selection of key changes that we anticipate over the coming year. There are links to further reading, where available. Explore our overview of key developments below.

“2018 was a busy year in Latin America which saw a large number of legal and regulatory changes impacting our clients’ businesses. Our review summarizes a selection of these developments across Argentina, Brazil, Chile, Colombia, Mexico and Peru and looks ahead at what we expect to see over the coming year.” 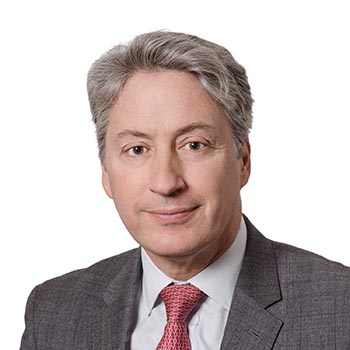 Antitrust Law: In May, both a new Antitrust Law No. 27,442 and its regulatory decree No. 480/2018 were enacted. These rules have introduced several modifications to the previous antitrust regime, including mandatory pre-closing antitrust clearance (subject to exceptions), changes in amounts and caps applicable to economic concentrations, the description of certain anti-competitive practices and the implementation of a leniency program.

Productive Financing Law: In May, the Productive Financing Law No. 27,440 was enacted, introducing relevant amendments to the Capital Markets Law No. 26,831 and other regulations of the securities market. The aim was to promote the development of Argentina’s capital markets. Among these amendments, the law introduced a close-out netting regime for derivatives transactions, a long-awaited reform to the Argentine bankruptcy regime.

Market Classification Review: In 2018, Morgan Stanley Capital International announced the reclassification of the MSCI Argentina Index from Frontier Markets to Emerging Markets with effect from May/June 2019.

Continued political and economic crises in the context of anti-corruption investigations: Brazil continued to face political instability in 2018 as a result of Operation Car Wash (Operação Lava-Jato), an ongoing criminal investigation. Operation Car Wash initially targeted allegations of corruption at the state-controlled oil company Petrobras. It has expanded to include illegal payments by the largest private construction companies in Brazil to politicians, in exchange for awarding contracts at inflated prices and procuring financing from state-owned banks on favorable terms. The former President Lula (Luiz Inácio Lula da Silva) is one of the politicians involved in the corruption scandals. He was convicted in July 2017 and imprisoned in April 2018 for corruption and money laundering under Operation Car Wash.

Elections and Market Reaction: The former Army captain, Jair Bolsonaro, on the far right, and Workers’ Party candidate, Fernando Haddad, on the far left, disputed the second round of the presidential elections in October. Bolsonaro won, gaining 55 percent of the total votes compared to Haddad’s 45 percent. The local and foreign markets reacted positively to Bolsonaro’s election, especially due to the liberal and pro-business positions held by Paulo Guedes, the incoming Ministry of Finance.

Close-Out Netting in derivatives transactions: The Central Bank of Chile enacted new regulations providing general terms and conditions that Derivative Agreements should meet to qualify for close-out netting purposes. It ruled that the parties to Derivative Agreements, who accept the new regime set by the Central Bank through this regulation, will be empowered to agree that the close-out netting provisions of their respective agreements may become effective as a consequence of the occurrence of specific critical situations.

Banking Law Reform: A Banking Law reform was recently approved by Congress and is waiting to be approved by the Constitutional Court. The reform adopts Basel III capital requirements, provides for supervisory governance and amends the banking resolution process.

2018 Elections: The presidential and congressional elections took place in June this year with President Iván Duque taking office on August 7, 2018. Since then, the new administration has prepared a national development plan, began implementing peace agreements and transitional justice, and submitted to Congress bills related to campaign commitments.

Telecommunications Law: This bill provides for the restructuring of the telecommunications sector with the aim of promoting targeted investments to close the digital gap, encouraging the private sector to participate in related projects, as well as addressing deficiencies in the sector.

Tax Reform: This bill aims to create a new structure for public finances, introducing changes to the formula for national expenditures. It also simplifies the tax system, aims to reduce tax evasion, and appoints a new tax authority.

Judicial Reform: This bill aims to improve the speed with which decisions are made in courts, stop corruption, provide judges with further access to case law, legal news and administrative regulations, and improve access to justice.

Political Developments: During July, federal presidential, senatorial and representational elections were held in Mexico. The opposition candidate, Andres Manuel López Obrador, won the presidential election, while his party (MORENA) now holds the majority in the Senate and House of Representatives.

Energy: Mexico’s energy reform has been implemented, and it is expected that in 2018 a number of national and international competitors in the oil distribution industry will begin operations, ending PEMEX’s monopoly.

International Trade: The final rounds of NAFTA re-negotiations took place. The market view is that a favorable agreement was reached between Mexico, the United States and Canada. The final wording of the new treaty has yet to be disclosed.

Antitrust: In September, the Peruvian government passed certain amendments to the Antitrust Law. These set out the grounds for authorizing a “leniency policy” and include economic rewards in exchange for information provided by individuals which proves to be crucial in investigations and sanctions against cartels and other anti-competitive practices.

Compliance: In September, the Peruvian government approved certain amendments to the Criminal Code, which penalize corrupt acts, and practices committed among private parties which adversely affect commercial relations between competitors (hence, corruption activities are criminalized not only when involving the government but within the private level as well). The sanctions apply to partners, owners, management, employees or advisors that participate in these criminal practices.

Tax: In October, Rule XVI of the Peruvian Tax Code came into effect and sets out the limits for tax anti-elusive provisions. The general rules enhance the powers of the Peruvian tax authority (Superintendencia Nacional de Aduanas y de Administración Tibutaria-SUNAT) to seek out and sanction situations where tax payers aim to take advantage of technicalities that assimilate to fraud, simulation or evasion against the Treasury.

2019 Elections: On October 27, 2019, both presidential and congressional elections will take place in Argentina. Although candidates have not yet been announced, the election will potentially reflect the political divide currently prevailing in Argentina. Furthermore, the country’s evolving economic crisis and its potential outcomes are expected to be at the forefront of political campaigning in the elections.

Tax Reform: On December 27, 2017, Congress approved a series of tax reforms. The reforms will gradually come into effect over the next five years.

New President – Market Expectations: Since the election of Jair Bolsonaro for president, ending almost 15 years of left-wing governments, the market has reacted positively, especially due to the liberal and pro-business position held by the Ministry of Finance to be, Paulo Guedes, as well as Bolsonaro’s conservative approach to certain social behaviors and tight anti-crime positions. Even though the details of how his campaign promises will be implemented are still unclear, the President-elect intends, among other things, to open the economy to private investment, grant autonomy to the Brazilian Central Bank, introduce a strong privatization agenda and a massive reform of the Brazilian pension and tax systems, strengthen ties with the United States and invest in a massive campaign against crime and corruption. The approval of such measures, especially the pension and tax reforms, is still uncertain as the influence the President-elect will have over Congress is unclear.

New Minister of Finance and Minister of Justice: Mr. Bolsonaro’s choices to form his cabinet reinforce his liberal, pro-business and anti-crime position. He has chosen Paulo Guedes, senior liberal economist and former banker, to be his top economic advisor and future Minister of Finance and Judge Sergio Moro, federal judge at the center of Operation Car Wash, to be his future Minister of Justice. Guedes’ priorities are to reduce public expenditure by implementing pension system reform and the privatization of state-owned firms to lower the federal debt. Moro sees an opportunity to implement a strong agenda of anti-corruption and anti-organized crime in his new role.

Tax Reform: As announced last year, the tax reform process in Chile will continue in 2019, and is expected to result in a decrease of the corporate tax rate (mirroring that of other OECD countries) and an integration of the individual, corporate and foreign tax systems.

Pension Reform: President Piñera sent a bill to Congress containing a proposed reform to the pension fund system, which includes a gradual increase in the level of mandatory contributions and implements new policies in relation to the workers’ election with respect to their pension fund administrators.

Implementation of the Peace Agreements: The government announced its intention to implement the peace agreement. The Constitutional Court has yet to approve the transitional justice process and Congress has yet to approve bills submitted by the previous administration.

Political developments: The new administration, headed by the recently elected president, Andres Manuel López Obrador, took office on December 1, 2018. During the first months of 2019, it is expected that campaign policies (security, trade, economy, and foreign affairs) will be discussed and implemented.

Infrastructure and Projects: During 2019, the three most important infrastructure works of the last decade (the New Mexico City International Airport, the Southeast train and the new port of Veracruz) will be critical in the political agenda of the new government. On October 28, 2018, and after carrying out a public consultation, the elected president, Andres Manuel López Obrador, announced his intention to terminate the works in the New Mexico City International Airport. It remains uncertain how this termination will take effect and how the rights of the different counterparties will be dealt with.

Fintech: During the first half of 2019, it is expected that the Central Bank of Mexico and the National Banking and Securities Commission will issue rules that complete the so-called “Fintech Regulations”. These introduce rules for the operation of electronic payments, cryptocurrency and crowd-funding mechanisms in Mexico.

Corporate Law: During 2018, the Peruvian Congress extensively debated the bill that sets forth certain amendments affecting corporations, limited liability companies, and other corporate entities. The bill contains several amendments aimed at enhancing Corporate Governance, appointment of independent members to the Board of Directors, and minority shareholders’ rights (i.e., mandatory squeeze out and sell out).

Key contacts for Latin America
For more information, please speak to one of the key contacts below

Discover Linklaters in the U.S.