Sweden: What happened in 2018 and significant events in 2019

Shareholders rights directive: The Swedish implementation of the EU Shareholder Rights Directive is due to come into force in June, resulting in, among other things, ‘say on pay’ rules and a new chapter in the Swedish Companies Act regarding a special decision-making arrangement for “significant transactions with related parties”. Transactions with a related party with a value exceeding SEK 1 million which corresponds to at least 1 per cent of the company’s value shall be subject to shareholder approval.

Leo rules amendment: In addition to the implementation of the EU Shareholders Rights Directive in June, the so-called Leo rules are due to be amended, entailing, among other things, that the rules of majority are reduced from nine-tenths to two-thirds of both the votes cast and the shares represented at the general meeting.

Modernisation of the Arbitration Act: In August 2018, the Swedish Government put forward a bill which aims to modernise the Arbitration Act (Sw. lag (1999:116) om skiljeförfarande). The amendments are due to come into force in March and adapt the act to multi-party arbitration, introduce the possibility to appeal decisions regarding the arbitrators’ competency to the Court of Appeal and limit the time period under which a party may challenge an arbitral award from three to two months. Read more...

Proposed EU copyright directive: The EU has proposed a controversial new directive which will reform online copyright by, among other things, placing greater liability on platforms that allow users to share content.

ePrivacy regulation: During 2019 the EU is expected to adopt this regulation which supplements the General Data Protection Regulation and contains specific rules on the use of cookies and electronic marketing.

Pay in the financial sector: Negotiations on the European Commission’s proposals for a new prudential framework for investment firms with new remuneration rules should be concluded by the end of Q1 in 2019. Member states will have some time to transpose the provisions to national law. The negotiations on the Commission’s proposals to amend the EU bank prudential rules, including potentially extending the bonus cap, are expected to be concluded shortly, with adoption in 2019 and a likely phase-in period of 18 months.

EU insolvency harmonisation directive: The EU is expected to agree its position on the proposed EU directive on business insolvency reform (the EU insolvency law harmonisation project). It would provide new legal tools to rescue viable businesses in distress and give honest but bankrupt entrepreneurs a second chance. Read more… here and here.

EU NPL reforms: In March 2018, the European Commission published a draft directive and regulation, aimed at accelerating the reduction of NLPs in Europe. The proposals in the draft directive would require implementation by 2021. Read more…

EU securitisation regulation: The regulation which consolidates existing risk retention, disclosure and due diligence requirements and establishes a new regime for simple, transparent and standardised (STS) securitisations will apply from January.

New rules on interest deduction limitations: As a result of the EU Anti-Tax Avoidance Directive (ATAD), new rules on interest deduction limitations within the corporate sector will come into force in January. Under the new rules, the right to deduct a company’s negative net interest is limited to 30 per cent of its tax EBITDA. The rules will be combined with a reduction of the corporate income tax rate from the current rate of 22 per cent to 21.4 per cent in 2019 and to 20.6 per cent in 2021. Read more...

"In a world where increasing regulation and disruptive politics have become the new normal, our aim is to highlight key legal developments today and tomorrow to help you navigate the legal landscape and plan ahead." 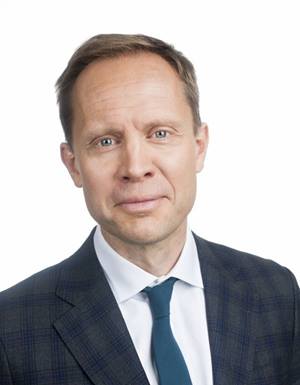 Revised takeover rules: Revised takeover rules for Nasdaq Stockholm and Nordic Growth Market NGM came into force in April. One important change is that an offeror must now withdraw its offer as soon as possible or apply for a dispensation from the Swedish Securities Council (Sw. Aktiemarknadsnämnden) if it becomes evident that the required regulatory approvals will not be received within the maximum nine-month acceptance period. Another change is that an offeror that has withdrawn its offer due to the rules on the maximum acceptance period and subsequently receives the required regulatory approvals is permitted to return with a renewed offer, without prejudice to the general rule that a new offer may not be submitted within 12 months of the previous offer.

Google Android: In July, the European Commission imposed a record €4.34 billion fine on Google for exclusionary abuses of its dominant position in relation to its Android OS. This follows last year’s €2.4 billion fine in the Google Shopping case. Google is appealing the decision, but in the meantime has committed to remove the restrictions in relation to Android and plans to start charging manufacturers of smartphones sold in Europe a licence fee to access its Google Play app store. Read more…

Gun-jumping under the EUMR: Deal-makers must carefully monitor their compliance with the standstill obligation during the merger review process until clearance and closing of the transaction. In April, the European Commission issued a record fine of €124.5 million on Altice for gun-jumping. Read more…

The general data protection regulation: This applied across the EU as of May marking the biggest shakeup for European privacy laws for 20 years with new obligations for businesses, new rights for individuals and new enforcement powers for regulators. The Swedish Personal Records Act (Sw. personuppgiftslag (1998:204)) was repealed and a new Data Protection Act (Sw. lag (2018:218) med kompletterande bestämmelser till EU:s dataskyddsförordning) came into force supplementing the GDPR. The Data Protection Act i.a. stipulates that children at the age of 13 may consent to certain types of data processing and that sanctions can be imposed also on authorities acting in breach of the GDPR. The act also includes provisions on confidentiality and appeal of the regulator’s decisions. Read more...

Board members’ liability when a company has been declared bankrupt: During 2018 the Swedish supreme court dealt with the question of whether board members’ liability according to Chapter 25 Section 18 paragraph 1 of the Swedish Companies Act, which arises from failure to prepare a balance sheet for liquidation purposes or failure to fulfill the other obligations pursuant to Chapter 25 of the Swedish Companies Act, can extend to after the company is declared bankrupt and if a board member therefore can be held liable for commitments incurred by the company after it has been declared bankrupt. Chapter 25 of the Swedish Companies Act deals with liability in the event of liquidation, and the Supreme Court concluded that the same rules apply also in the event of bankruptcy, meaning that a board member cannot be held liable in the described situation.

Sanctions: In August, the European Commission updated the EU Blocking Regulation in light of US extra-territorial secondary sanctions re-imposed in connection with Iran. Read more...

PSD2: The Payment Service Directive (EU/2015/2366) was implemented through amendments to the Swedish Payment Services Act (Sw. lagen (2010:751) om betaltjänster) in May. The purpose is to develop the market for electronic payments while strengthening the requirements for safety and efficiency. Changes include new reporting requirements for providers of payment services and rights and obligations regarding access to information concerning payment accounts.

Proposed new creditor class in the Swedish order of priority for creditors: As part of the Swedish implementation of the EU directive (EU) 2017/2399 amending directive 2014/59/EU, receivables in a new credit class will entitle right to payment after unsecured receivables but before subordinated claims. This relates to claims that are attributable to non-derivative debt instruments or derivative instruments whose initial maturity is at least one year (under certain circumstances). The new act is due to come into force in December. Read more…

Prospectus liability: In September, in the case of Löber, the CJEU returned to the question of where jurisdiction, under the Brussels I Regulation, may sit for claims brought in tort/delict, against EU domiciled issuers, by secondary market purchasers of interests in securities. Read more…

Immediate taxation when consolidating funds: The Council for Advance Tax Rulings (Sw. Skatterättsnämnden) has in an advance ruling from January held that a consolidation of a foreign special fund and a foreign alternative investment fund, both registered in Luxembourg, shall not fall under the exemption from immediate taxation applicable to mergers of securities funds or special funds. Shareholders of such funds should therefore report capital gains in case of a consolidation.

Carried interest taxed as income from closely held companies: In June, the Swedish Supreme Administrative Court passed a decision in favour of the Swedish Tax Agency, meaning that carried interest will be taxed according to the rules on qualified shares in closely held companies (Sw. fåmansbolag) and will in part be considered employment income and subject to higher progressive tax rates. Read more...

Taxation of M&A insurance: In June, the Swedish Supreme Administrative Court passed an advance ruling on whether a premium paid for an M&A insurance relating to a share transaction should be added to the acquisition cost for the shares or if it should be immediately deductible as a business-related expense. The Court held that the insurance was not part of the share transaction and that the premium should therefore be directly deductible. Following the ruling the Swedish Tax Agency has released a statement in which it held that any compensation paid out under an M&A insurance should be taxed as regular business income. Read more...

Explore the series
x COP26 and beyond