Considering the main questions about
Token Regulation in Singapore

Your guide to Token Regulation in Singapore 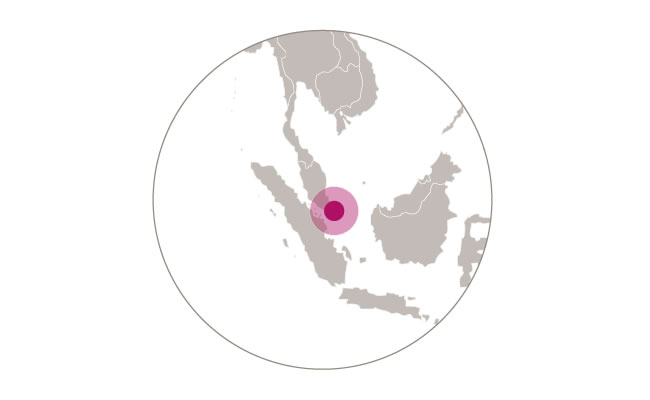 With over $2bn reported to have been raised this year by way of token offerings, here is your guide to the legal and regulatory treatment in Singapore.

Where should the entity issuing or generating the tokens be established?

A number of token offerings to date have involved an entity incorporated or established in the Cayman Islands, Gibraltar, Singapore, Switzerland, the UK or the US. There are many factors that drive the choice of jurisdiction, which vary on a case-by-case basis. A question frequently asked, however, is whether any law other than that of the jurisdiction of incorporation of the entity generating or offering the tokens needs to be considered in relation to a token offering.

The short answer is yes. In addition to the laws of the jurisdiction in which the entity issuing or generating the tokens is incorporated or established, the laws of each jurisdiction within which the tokens could be considered to be offered or sold, or in which a regulated activity may be deemed to be carried out, will also be relevant. Most jurisdictions regulate the conditions under which certain investments may be offered (if at all) within that jurisdiction. There are also generally restrictions on the ability of certain persons to carry out certain (regulated) activities in relation to such investments, or submit the carrying out of such activities to conditions (such as licencing or authorisation requirements).

Whether (and if so, how) a token would be regulated needs to be considered on a case-by-case basis. For example, if:

(i) the token grants any legal, equity or other security interests in an entity;

(ii) the token grants any right of repayment of the amount (whether in part or full) paid by holders to acquire the token or any right to interest payments over such amount; or

Are pre-sale arrangements themselves regulated investments?

Pre-sale arrangements (if any) vary significantly from one token offering to another. In some cases, a separate instrument is intentionally created (which may or may not itself be a token), which gives rights to, or is convertible into, the main token, once created. In others, the pre-sale is intended to amount to no more than a sale of property that will come into existence at a future date (the tokens). As for tokens generally, the variety in structures therefore requires any pre-sale arrangements to be considered on a case-by-case basis.

Broadly speaking, for most jurisdictions (e.g. Germany, Hong Kong, Singapore and the UK):

For the US, pre-sale arrangements generally will be deemed securities because their value will be primarily dependent upon the sponsor of the tokens developing and marketing the tokens and the platform on which the tokens will be used. This is a classic example of “efforts of others” which, if coupled with an expectation of profit, will fall squarely within the definition of investment contract laid out in the Howey Test.

One of the more prominent attempts to create a legal framework for compliance with US securities law is the “simple agreement for future tokens” (the SAFT). The idea is that the parties will assume that the SAFT is an investment contract (and therefore a security under the Howey Test) and as such the token sponsor will structure the token sale in order to ensure that it can rely on an exemption from registration under the US Securities Act, such as limiting availability of the token to investors to those who qualify as “accredited investors”12.

As the authors of the SAFT acknowledge, their argument hinges on ensuring that the tokens (once issued) are not securities. However, this may not be possible to determine at the outset, as it may be possible that the value of the token continues to depend significantly on the efforts of the token sponsor or third parties. If this turns out to be the case, the fact that the tokens were purchased on a delayed basis through a SAFT does not particularly affect the analysis.

Is a prospectus (or other offering document) required?

In Singapore, prospectus requirements apply when an offer of “securities” is made to persons in Singapore, unless an exemption applies. Accordingly, where tokens constitute securities, an offer of the tokens to persons in Singapore will require a prospectus to be registered with the Monetary Authority of Singapore (MAS) unless a prospectus exemption applies. Exemptions are available for (among others) offers to “institutional investors”, subject to certain conditions such as advertising and resale restrictions.

Even if a prospectus is not required, it is advisable to prepare documentation which clearly outlines the key terms and conditions attached to the tokens, including the key risks involved, as the provision of such disclosures to investors (even if not strictly required) would be in line with the regulatory expectation of the MAS.

If the tokens are not regulated investments, do other potential regulatory issues arise?

While important, laws relating to the regulation of investment products and services are not the only potentially relevant regulatory issues. Some important examples are set out below.(1)

(ii) A token may constitute a “stored value facility” if it could be purchased by a holder with fiat currency being used as a means of making payment for goods or services, and such payment is to be made by the issuer of the tokens. If the token is a stored value facility, an issuer will need to comply with certain requirements, including anti-money laundering regulations. Approval of the MAS is also required if the aggregated stored value held by the issuer exceeds SGD 30 million (currently, about USD 22 million), subject to conditions.

(iii) Token issuers must comply with the obligations imposed under the Singapore Personal Data Protection Act relating to the use and disclosure of personal data of buyers and sellers of the tokens, and subscribers of the token offerings.

(iv) Singapore has “light touch” consumer protection regulations that apply generally to the sale or advertisement of products to consumers. Issuers must not undertake “unfair practices” when transacting with consumers, such as taking advantage of consumers who are not in a position to protect their own interests. Aggrieved consumers are able to take a civil action against such issuers. Advertising requirements under the
Singapore Code of Advertising Practice should also be considered.

(1) These example are not exhaustive of all potential regulatory issues that may arise.

Can tokens be offered into the People’s Republic of China (PRC)?

A circular was issued jointly by seven regulatory authorities in the PRC on 4 September 2017, which, amongst other things, demanded that all token offerings cease immediately and any completed offerings be unwound (i.e. any proceeds raised should be returned to investors). In addition, cryptocurrency exchanges could no longer provide any trading services (between fiat and cryptocurrencies, or between cryptocurrencies) or pricing/quote services.

The circular does not specifically address whether it is only targeted at domestic token offerings, although insofar as it relates to cryptocurrency exchanges, the penalties stated suggest that it is focusing only on exchanges operating in China.

It is difficult to gauge at this stage whether and how the Chinese regulators would seek to enforce against cross-border token offerings. It is expected that new regulations will be introduced to prohibit illegal fundraising activities (which may include token offerings) in the near future.

What are some of the most significant practical issues currently faced in relation to token offerings?

Security and token holdings. A significant issue in the context of token offerings has been whether and how tokens can be held in a secure way. In particular, it is generally unclear, both as a practical and legal matter, whether or how a claim to tokens that have been lost (for example, because the relevant wallet provider was hacked, or due to fraud) can be enforced.

Bankability. Token issuers have faced difficulties in banking fiat currencies converted from cryptocurrency proceeds received from token offerings. Banks typically view token offerings as presenting a high risk for money laundering, which means that banks would be obliged to undertake enhanced customer due diligence and enhanced monitoring of business relations to comply with their “know-your-client” (KYC) and money laundering obligations. A key practical issue is that banks generally require the source of funds to be established, which necessarily involves identifying:

(i) the institution or investor from which the funds originate; and

(ii) the activity that generated the funds. It may be difficult to ascertain the source of funds in relation to token offerings, given the generally anonymous nature of cryptocurrency proceeds, particularly where conversion takes place on a cryptocurrency exchange. Globally, a number of banks are reported to have closed bank accounts of companies offering cryptocurrency services. At present, there does not appear to be a clearly identified practical solution to the “bankability” problem.

Clearing and settlement. The legal basis of transfers, clearing and settlement of transactions in tokens and other cryptocurrencies or assets is unclear. For example, in certain jurisdictions, it is unclear whether (or how) the holder of a token could successfully enforce a “proprietary” claim to the token against a third party (for example, in the case of theft or misappropriation). Mechanics applicable to other types of investments such as bonds or shares are not applicable or easily adaptable to tokens.

Ability to exchange for fiat currency. Many tokens are not directly exchangeable for fiat currency or, even if they are, they are not exchangeable easily. The ease with which a new token will be able to be transferred and exchanged will depend on whether they are accepted for trading by a cryptocurrency exchange platform. While more popular tokens and existing cryptocurrencies will be traded across multiple platforms, new tokens may not be accepted by exchange operators and therefore liquidity will be negatively impacted. Without easy access to a market price for any new token, it could be difficult to exchange the token for fiat currency.

Regulatory Status. As noted above, in many jurisdictions tokens and token offerings can be subject to multiple classifications, each with their own regulatory requirements. One recent example of this was highlighted by the U.S. Commodity Futures and Trading Commission (CFTC) in its recently published Primer on Virtual Currencies (1). In its primer, the CFTC stated that tokens issued in connection with token offering may be both a “commodity” for purposes of the U.S. Commodity Exchange Act and a security for purposes of the securities laws, while emphasising that it will look beyond the form to the actual substance and purpose of an activity when applying CFTC regulations. To the extent that a token is a CFTC commodity it could become subject to a host of regulatory requirements which are substantially different to those imposed on securities (e.g. trading and clearing requirements, transaction reporting and position limits). Therefore, as the regulators in each of the discussed jurisdictions develop their views on the status of tokens and token offerings, any issuer, advisor or purchaser should be aware that the terms of the transaction will determine the financial regulations to which they are subject and that the securities analysis, while critical, is not the end of the discussion.

(1) The Primer on Virtual Currencies can be found at: http://www.cftc.gov/idc/groups/public/documents/file/labcftc_primercurrencies100417.pdf.