Between 11 and 24 May 2020, new social elections must be held for the works council and the committee for prevention and protection at work.

The law of 4 December 2007 on social elections has been amended by the law of 4 April 2019, which entered into force on 30 April 2019. These amendments have an impact on the reference period and the election procedure as such (with extra attention for temporary agency workers). 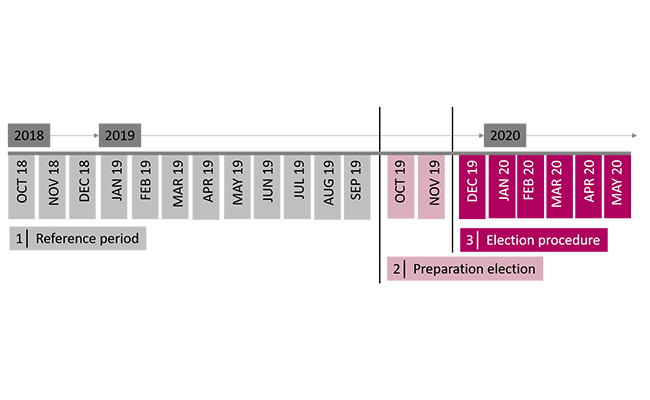 The following amendments were adopted concerning the reference period for the next social elections:

The new law provides a number of amendments related to the election procedure, including, amongst others:

(ii) at least 26 working days between Day X and X+77;
will be entitled to vote; they cannot be put forward as a candidate though.

In practice? Many legal and administrative tasks precede the election procedure, including monitoring the employment of temporary agency workers. We are obviously happy to assist you along this process – from general training offerings, tailor-made workshops for management to legal proceedings in case of disputes. We can also share our experience in relation to these collective bodies, for example in relation to the rights and obligations of the employee representatives.