The Future of Trade and Export Forum

The Telegraph’s Future of Trade and Export Forum took place on 26th June in London and focused on facilitating discussion around three core pillars:

Delegates heard from expert speakers including the likes of:

Linklaters' own Dr Lorand Bartels, Senior Trade Counsel, also took the stage for two sessions, the first discussing new customs regimes alongside Chris Southworth, Secretary General of the ICC and Lesley Batchelor OBE, Director General of the Institute of Export & International Trade. This session focused on the current transformation of customs procedures, what the new frameworks will look like and what impact they will have on businesses.

Later in the day Lorand also chaired a panel discussing New Horizons: Where to trade and what you need. Accompanied by Matthew Houlihan, Director, Government and Corporate Affairs at Cisco; David Henig, Director UK Trade Policy Project, ECIPE; and Aaron Rosland, Counsellor for the Ontario Government, the panel explored the current global trade policy landscape as well as future trade opportunities, discussing how both Government support and future technology will open up new opportunities for business both in established and new markets.

“Discussing future trade opportunities, as well as business concerns, on a practical, legal and policy level with stakeholders from across the industry has been invaluable in connecting the dots between regulatory change, including in international trade agreements, and the day-to-day impact that has on businesses trading globally.” 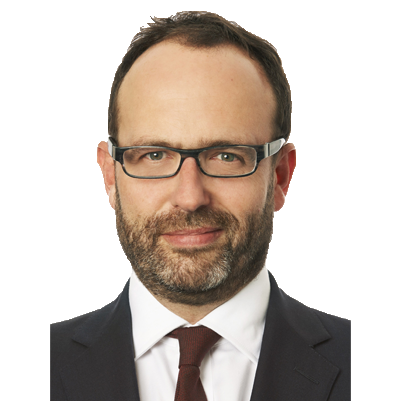 Top things we heard at the conference

Let justice be done, though the WTO fall

On 5 April, amidst the high drama of the Trade Wars, a WTO dispute resolution panel released the legal equivalent of a bombshell in its report on a dispute between Russia and the Ukraine.

Find out more Let justice be done, though the WTO fall

TBT jurisprudence: on track or off the rails?

The WTO’s recent Panel report in Russia – Railway Equipment is the latest development in a series of WTO disputes between Russia and Ukraine.

Find out more TBT jurisprudence: on track or off the rails?

Who moved my (Cheddar) cheese? Brexit and Geographical Indications

If you discovered that your bottle of champagne was not sourced from the vineyards of Champagne, France, or the Cornish pasties you love were not from Cornwall, how would you feel?

Find out more Who moved my (Cheddar) cheese? Brexit and Geographical Indications

On 30 September 2018, the United States published the draft text of the recent United States-Mexico-Canada trade agreement (“USMCA”). One of USMCA’s innovations is the inclusion of a new chapter, entitled “Macroeconomic Policies and Exchange Rate Matters”, which addresses, among other things, the issue of exchange rate manipulation.

Rules of Origin in a World of Global Value Chains: New Rules Required?

Rules of origin (“ROOs”), which determine whether goods are eligible for a reduced rate of import duties under a trade agreement, have always played an important role in global trade. But are they still fit for purpose?

Find out more Rules of Origin in a World of Global Value Chains: New Rules Required?

Can trade negotiations be transparent and effective?

A recent appeal by ClientEarth, an environmental law NGO, to the Court of Justice of the European Union underlines the delicate balance to be struck between transparency and effectiveness in trade negotiations.

Find out more Can trade negotiations be transparent and effective?

China and Non-Market Economy Treatment: A Tale of Two Interpretations

One of the more important questions that the UK will have to face as it exits the EU is whether China must be treated as a “market economy” in dumping investigations. This is a complex issue to which developed countries have taken different approaches. Ultimately, though, it is a question that is to be determined by WTO law.

Find out more China and Non-Market Economy Treatment: A Tale of Two Interpretations

The World Trade Organization (“WTO”) Doha Round has long been portrayed as moribund, but that is perhaps not entirely fair. Apart from the successful conclusion of the Trade Facilitation Agreement (“TFA”) last year, June 2018 saw a ray of hope: a draft fisheries subsidies agreement (“Draft FSA”) providing a glimpse of how negotiations in this area have progressed since 2001.

The Appellate Body in Crisis

The WTO Appellate Body is facing the biggest crisis in its 23 years of existence: the US has been blocking appointments and reappointments of its members for over a year and a half. As a result, it has shrunk from its normal seven members to four members. On 1 October 2018, this will go down to three.

Find out more The Appellate Body in Crisis

It is estimated that each month 37 million packs of medicines are supplied from European countries to the UK with 45 million heading in the other direction. Depending on what is agreed between the UK and the EU, Brexit threatens to disrupt this important trade flow.

Find out more Pharmaceuticals and Brexit: Keeping the industry healthy

Financial Services post-Brexit: “Equivalence” does not mean “equal to”

The financial services sector accounts for around 12% of Britain’s economic output and generates greater tax revenues than any other industry.

Find out more Financial Services post-Brexit: “Equivalence” does not mean “equal to”

Free Trade Zones: Are they Compliant with WTO Law?

Free Trade Zones or “FTZs” –  areas in which governments grant businesses special incentives such as tax breaks and exemptions, and flexible rules on importation – have become increasingly popular. FTZs have been mainly set up with the purpose of attracting FDI, increasing exports, developing disadvantaged regions and creating new jobs.

Find out more Free Trade Zones: Are they Compliant with WTO Law?

The Trade Bill and rolled-over agreements

One of the main purposes of the Trade Bill is to give the UK government the tools it needs to maintain the UK’s trading relationships with countries, such as Canada, with which the EU currently has trade agreements.

Find out more The Trade Bill and rolled-over agreements

Brexit: Implications for State Aid Control in the UK

EU state aid law prohibits Member States from granting state aid – i.e. subsidies – in a manner that distorts competition in the European internal market (think of the recent controversies about Ireland’s relationship with Apple), although they can seek authorisation from the European Commission (which, if forthcoming, will have conditions). The rationale is to prevent companies from gaining an unfair competitive advantage through government support.

Find out more Brexit: Implications for State Aid Control in the UK

Making and Breaking Deals? Priorities and Strategy in Trump’s Renegotiations

In a time of relative volatility in the US administration’s approach to trade, it is interesting to compare its handling of two FTA  renegotiations that have been in the news recently: NAFTA (US-Canada-Mexico) and KORUS (Korea-US).

Find out more Making and Breaking Deals? Priorities and Strategy in Trump’s Renegotiations

Services in an EU-UK FTA: what’s on the horizon?

Services are important to the British economy. Notwithstanding the difficulties in measuring them, they represent nearly 80% of GDP and are clearly one of its most successful exports with a substantial proportion going to the EU. Currently, they are traded as part of the EU’s Single Market. However, the European Council’s Guidelines on the framework for the future EU-UK relationship make clear that post-Brexit trade in services will be based on an entirely different footing.

Find out more Services in an EU-UK FTA: what’s on the horizon?
Load more
Key contacts
Do get in touch if you have any questions or ideas you would like to discuss