Indonesia: What happened in 2019 and significant events in 2020

Indonesia Law: Year in Review 2019 and Year to Come 2020 summarises some of the major developments in Indonesia last year, and a selection of key changes that we anticipate over the coming year.

A broad range of regulatory updates were made in Indonesia in 2019 in a number of key sectors. Our review aims to give you an overview of the most significant changes and looks ahead at what 2020 may bring.

Explore our overview of key developments below.

2019 saw a broad range of legal and regulatory updates across a number of key sectors in Indonesia, including fintech, energy and natural resources, as well as broader changes to antitrust regulations, data protection and localisation requirements and on the mandatory use of Indonesia language in contracts. Our review aims to give you an overview of the key developments you may have missed and the significant changes expected to take place in 2020. 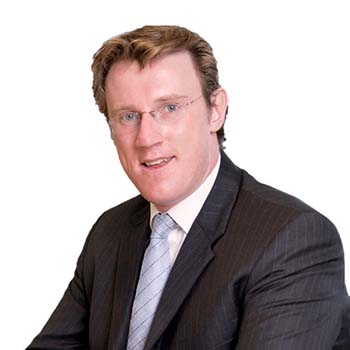 A broad range of regulatory changes affected a number of key sectors including FinTech, IT and energy and mineral resources. Other key developments included antitrust regulations and the mandatory use of Indonesian language in contracts.

Business Activities of Financing Companies: On 28 December 2018, the Indonesia Financial Services Authority (Otoritas Jasa Keuangan or “OJK”) enacted OJK Regulation No. 35/POJK.05/2018 on the Implementation of Business Activities of Financing Companies (“New OJK Regulation”), which revoked the previous OJK Regulation No. 29/POJK.05/2014 on Implementation of Business Activities of Financing Companies. The New OJK Regulation can be seen as OJK’s attempt to keep up with the rapid increase of the use of technology by players in the financial industry all over the globe. Pursuant to the New OJK Regulation, financing companies are now allowed to utilise information technology for some aspects of their business (i.e., promotion and marketing, customer application submissions and monitoring of instalment payments). However, in order to prevent abuse of such information technology by financing companies, OJK also requires financing companies that use information technology to comply with certain requirements, one of which is to have a data centre and disaster recovery centre located in Indonesia. Failure to do so may result in several administrative sanctions imposed by the OJK, including the revocation of their business licence.

Organisation of Electronic Systems and Transactions: On 4 October 2019, the Government enacted Government Regulation No.71 of 2019 on Organisation of Electronic Systems and Transactions (“GR 71/2019”) with the objective of keeping up with significant developments in IT sector. GR 71/2019 classifies an electronic services provider (“ESP”) into two categories: (i) Public ESP, covering government institutions or an agency appointed by government institutions to carry out electronic system; (ii) Private ESP, covering individuals (Indonesian or foreign citizen), business entities (incorporated or unincorporated) and public. GR 71/2019 requires both Public ESPs and Private ESPs to be registered with the Minister of Communications and Informatics before the system is used. The ESP must also comply with certain technical requirements and follow a certification process. Other important provisions of GR 71/2019 relate to the location of the data centres of the ESPs. The data centre of the Public ESP must be in Indonesia, unless the storage technology is not available in Indonesia. The data centre of the Private ESP can be located in Indonesia and/or overseas (if it is overseas, the Private ESP must provide access to the system and electronic data to allow supervision and law enforcement. GR 71/2019 also implements the provision on the “right to be forgotten” which entitles personal data owners to have their personal data deleted or removed from the system under certain criteria.

Mandatory Notifications on Asset Acquisitions: The Business Competition Supervisory Commission (“KPPU”) recently issued Regulation No.3 of 2019 on the Assessments of Merger and Consolidation of Business Entity or Shares Acquisition Which May Result in Monopolistic and/or Unfair Business Competition Practices (“KPPU Regulation 3/2019”). KPPU Regulation 3/2019 introduced the obligation for a business entity to notify the KPPU of assets acquisition transactions. This notification requirement applies to asset acquisitions which meet a certain asset value/sales value threshold and result in: (i) the handover of the control of the acquired assets; and/or (ii) the increase of the acquiring business entity’s ability to control certain markets. The obligation does not apply for transactions made by affiliated parties. The value thresholds that trigger the notification obligation are: (i) assets value of IDR 2.5 trillion or more (for non-banking business entities or for a combination of business entities in both banking and non-banking sectors); (ii) assets value of IDR20 trillion or more (for business entities in the banking sector); or (iii) sales value of IDR5 trillion or more. The notification must be submitted by the acquiring business entity within 30 business days as of the date of the relevant asset sale and purchase agreement.

Nickel Export Ban: The Government has enacted Minister of Energy and Mineral Resources (“MEMR”) Regulation No.11 of 2019 on the Second Amendment to MEMR Regulation No. 25 of 2018 on Undertaking Business in Coal and Mineral Mining (“MEMR 11/2019”). Under the MEMR 11/2019, export of nickel ore with less than 1.7% nickel content will be prohibited from 1 January 2020. With the issuance of MEMR 11/2019, the Government expects the domestic nickel trading market to be impacted in the following ways:

Receipt of Natural Resources Export Proceeds: Early this year, the Government enacted Government Regulation No.1 of 2019 regarding Export Proceeds Foreign Exchange Derived from Natural Resources Exploitation, Management and/or Processing (“GR 1 / 2019”). The objective is to achieve a growing and sustainable national economy. This is followed by the issuance of various implementing regulations by the Minister of Finance and Bank Indonesia, the Indonesian central bank. Under the new regulatory framework, whilst still adopting the principle of free foreign exchange system, some additional - yet more stringent – requirements are imposed. These requirements might have a greater impact on the financing structure of upstream oil and gas business activities. On the basis of GR 1 / 2019, foreign exchange derived from the export of goods which are the results of natural resources exploitation, management and/or processing (including from oil and gas mining) (“DHE SDA”) shall be deposited in the Indonesian fiscal system through a special account in a licensed Indonesian bank or Indonesian branch of a foreign bank. The deposit shall be made at the latest at the end of the third month after the month of registration of the export customs declaration. The obligatory deposit of DHE SDA does not include the obligation to maintain the deposited funds for a certain period (in Indonesia) and/or to convert the funds to IDR. However, prior to transferring the DHE SDA back offshore, the regulations require the exporter to submit supporting documents to the bank to identify the underlying transaction, otherwise the bank is not allowed to accept the transfer instruction. Thus, unlike the current common practice, the transfer cannot be done immediately. Furthermore, GR 1 / 2019 regulates that if the payments using DHE SDA are made through an escrow account, such escrow account must be opened in a licensed Indonesian bank in Indonesia or if such escrow account has been held offshore, it must be “transferred” to an Indonesian bank. Nevertheless, the regulations allow Bank Indonesia to make discretionary policies in respect of the DHE SDA deposit obligation.

Use of the Indonesian Language in Contract Documents: On 30 September 2019, the President of the Republic of Indonesia issued the Presidential Regulation No.63 of 2019 on the Use of Bahasa Indonesia (“PR 63/2019”) as the implementing regulation of Law No. 24 of 2009 on National Flag, Language, Emblem and National Anthem (“Law 24/2009”).

PR 63/2019 confirms the requirement of Law 24/2009 on the use of Bahasa Indonesia in any contract involving state institutions, Indonesian government authorities, Indonesian private entities or Indonesian nationals. If a foreign party is involved in such a contract, the contract shall also be written (“ditulis juga”) in the national language of the relevant foreign party and/or in English.

The noteworthy provisions of PR 63/2019 are: (i) the foreign language/English version of a contract is used as an equivalent (padanan) or translation of the Bahasa Indonesia version of such contract to ensure consistent understanding of the contract by the parties in Article 26 (3) of PR 63/2019; and (ii) in the case of different interpretations between the foreign language/English version and the Bahasa Indonesia version of a contract, the prevailing language should be the agreed governing language in such contract - Article 26 (4) of PR 63/2019.

Accordingly, this provision should be viewed from the perspective of the objective or function of the foreign language/English version of the, namely as the “equivalent” (padanan) of the Bahasa Indonesia version for the purpose of achieving common understanding on the substance of the contract between the parties. It is acknowledged that, with or without PR 63/2019, the ultimate zero risk approach would always be the “dual language execution” approach - and this position would not change following the issuance of PR 63/2019.

However, based on the foregoing, the adoption of the current market practice to have the Bahasa Indonesia version executed after the signing of the relevant contract in cases where the foreign language is selected as the prevailing language would still be in line with the requirements of both Law 24/2009 and PR 63/2019.

Significant legal and regulatory events in 2020

Significant changes are expected to take place in 2020 including the introduction of the new land law and personal data protection law.

Draft Personal Data Protection Bill: Currently, Indonesia does not have a comprehensive single data protection law. The Government is expected to continue and accelerate the preparation and enactment of a Data Protection Bill which should confirm personal privacy as one of a citizen’s basic rights. The bill will also address regulatory protection towards personal data utilisation and transfer, including by adopting GDPR provisions.

Draft Mining Bill: The Government has withdrawn the discussion with the Indonesian Parliament to approve the mining bill at the very last minute of the Parliament’s term. Now, the mining bill amending the Law no.4 of 2009 on Coal and Mineral Mining will be discussed by the Government with the new members of Parliament, however it remains unclear whether this mining bill will be discussed as a priority in 2020. The Government has also submitted the list of issues to be discussed to follow the current discussions on critical issues such as the conversion of existing Contract of Work and Coal Contract of Work into Special Mining Business Permit, the divestment regime, and domestic obligations for processing and refining minerals.

Draft Land Bill: In January 2020, the Government and the Indonesian Parliament will continue the discussion on the draft Land Bill which is aimed at replacing the Basic Agrarian Law No.5 of 1960. It is expected that once enacted, the Land Bill is expected to establish fairness in the control, ownership and the use of land (including for public and investment purposes). The Land Bill is also planned to address the regulatory framework for land dispute settlement and comprehensive and visionary land administration.
Key contacts for Indonesia
For more information, please speak to one of the key contacts below