A total of 40 countries have launched official nationwide contact-tracing apps, according to the latest analysis by global law firm Linklaters. An additional 23 countries are known to be developing apps to trace positive cases of the virus, using either GPS or Bluetooth data.

In the second study of its kind into the global use of contact-tracing apps, the data reveals 13 countries have launched apps in the last four weeks, with a further 12 announcing the technology is currently in development to help manage the spread of the virus.

It comes as EU countries fail to reach a consensus on a single approach in the development of such tools, with some endorsing the Apple and Google framework due to launch next month, whilst others have opted for a standardised approach led by the Pan-European Privacy-Preserving Proximity Tracing (PEPP-PT).

The issue at play is whether data should be stored on a central database or remain entirely on the user’s device. Margrethe Vestager, EU Commission Vice-President, said she was encouraging countries to use “decentralised storage” to ensure the apps would be compatible with privacy rules.

"Opinions differ as to the best way to collect data from these apps and there are pros and cons to both approaches. But all the debates on data protection must not lead to inefficiency in the applications finally deployed. We must not lose sight of the fact that the aim is to ultimately encourage the population to use these applications, otherwise they will remain ineffective, whatever their protocol.

Following the European Commission saying this week that their use should be on a voluntary basis, the greatest challenge facing governments is to now convince populations to download the app on to their devices. We must hope that the controversies surrounding where data is stored does not scare them away.”

As lockdowns are eased across Europe, the private sector is also contemplating how technology can reduce the risk of transmission amongst the workforce. Employers are being mandated by local authorities to carry out regular temperature checks of staff, such as in China, but some are going beyond by exploring the feasibility of their own contact-tracing applications.

Firms most likely to consider such measures include those with large numbers of staff across multiple locations who will want to ensure that they are made aware of any outbreaks of the disease. That way they can react quickly by communicating with workers to self-isolate and carry out a deep clean of their premises.

The private sector must take care as these initiatives may result in the collection of significant amounts of personal data, including health information which is treated as special category data under the GDPR and is subject to additional protection.

“Data protection authorities have been proactive in recent weeks reminding us on several occasions that the current context does not excuse potential breaches of data protection laws. Caution is therefore needed as employees are viewed as vulnerable persons from a strict data protection point of view and any processing of data concerning health must be strictly controlled. Therefore, even within the private sector, the use of these applications must be on a voluntary basis.

Privacy by design, where privacy is at the heart of the development process, will help ensure employers do not fall foul of the law. Businesses will need to find a fair balance between fighting the virus and respecting the rights of their employees. They should also be mindful that apps are by no means a ‘magic bullet’ and should be used alongside other measures to protect staff - such as widescale remote working, providing personal protective equipment and ensuring social distancing in shared spaces.” 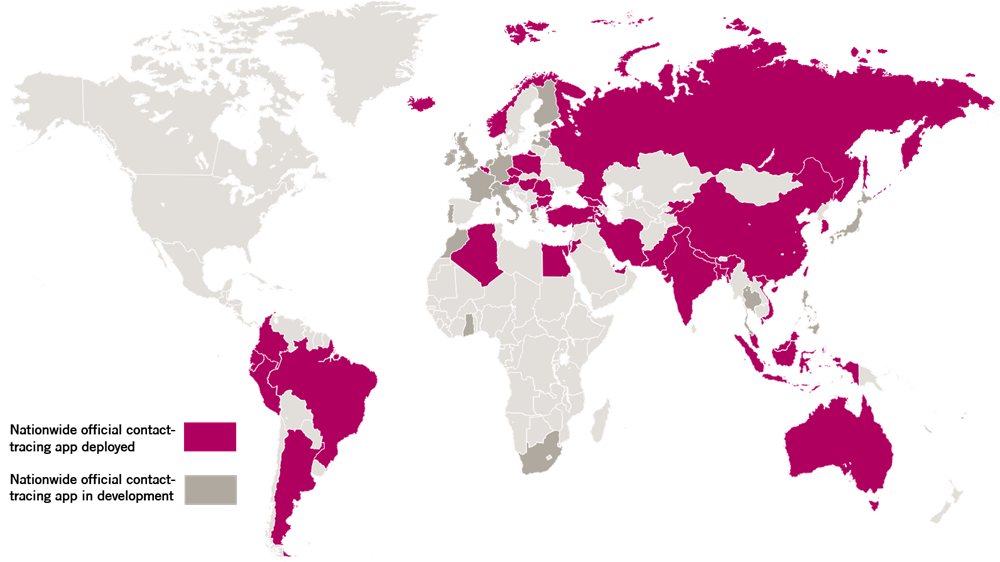