The Unified Patent Court will provide a single court system that will allow enforcing patents across several European jurisdictions in a single court proceeding. This will introduce an unprecedented proceeding for patent litigation in Europe. Linklaters has a dedicated taskforce preparing for the introduction of the UPC. On this microsite, we summarise for you key information on the UPC and regular updates on its launch.

The Unitary Patent System will allow for uniform patent protection in all contracting states. While the system is open to accession by any EU Member State, not all EU Member States have signed the UPC Agreement. Please click on the map to the right to see more.

Feel free to contact our UPC taskforce if you have any questions on the Unitary Patent System. 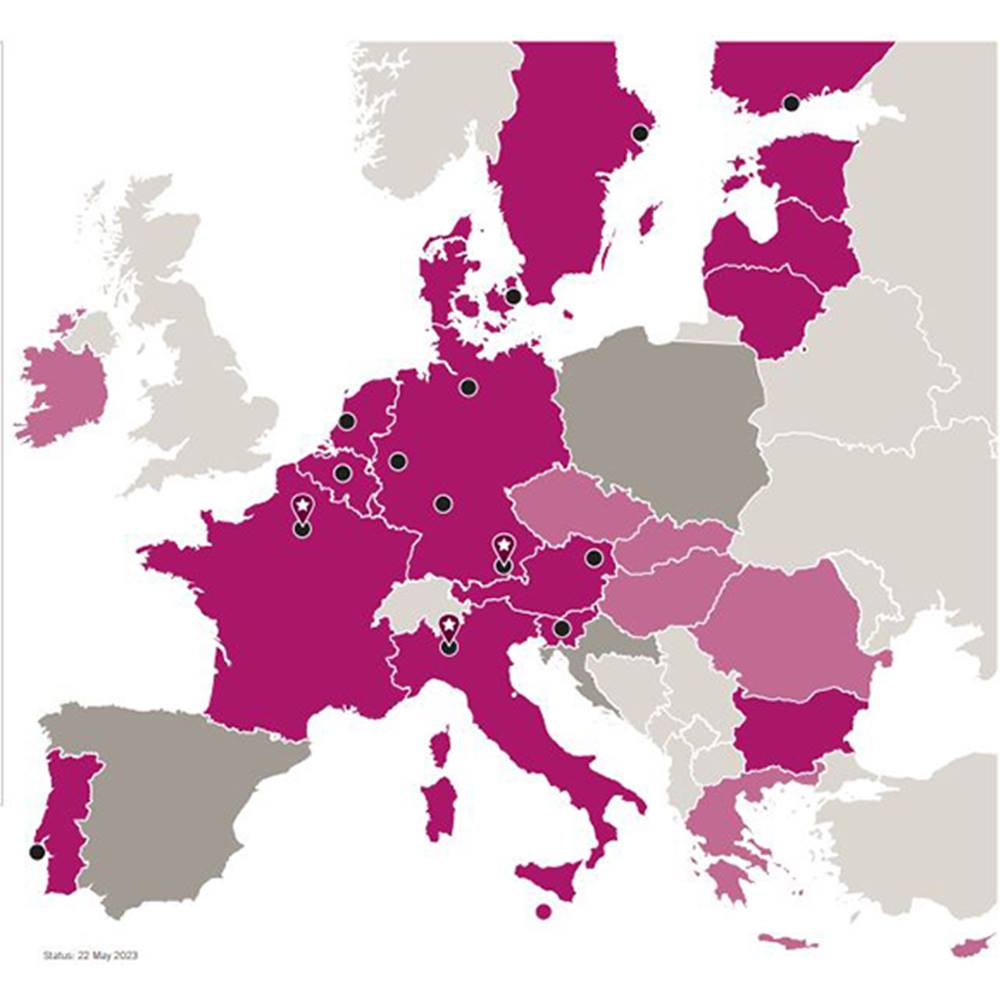 The UPC’s Administrative Committee has revised the Court’s Rules of Procedure and adopted them in its meeting on 8 July 2022. The final UPC Rules of Procedure entered into force on 1 September 2022 and are now available here.
Close X

The Administrative Committee of the UPC expects the Court to start operating in early 2023.
Close X

Meeting of the Administrative Committee

On 8 July 2022, the Administrative Committee held its second meeting. Most importantly, the Committee (i) adopted the Court’s Rules of Procedure and its Table of Fees as well as the Organisational Rules of the UPC’s Patent Mediation and Arbitration centre, (ii) paved the way for the recruitment of staff and officials, and (iii) confirmed the setting-up of local and regional divisions of the Court of First Instance. The Chair of the Advisory Committee also presented the recommended list of the most suitable candidates to be appointed as judges, which is expected to be adopted and published soon.
Close X

On 18 January 2022, Austria deposited its instrument of ratification of the Protocol on Provisional Application of the UPC Agreement (“PAP”). Austria is the 13th Member State to ratify the PAP, i.e. the provisional application period now starts to run, allowing the UPC to start necessary administrative processes.
Close X

On 15 October 2021, the Slovenian government deposited its instrument of ratification for the Protocol to the Agreement on a Unified Patent Court on provisional application (“PAP”) and the UPC Agreement itself, i.e. only one more Member State needs to deposit the PAP ratification instrument before the UPC can start necessary administrative processes.
Close X

Germany has deposited its ratification of the Protocol to the Agreement on a Unified Patent Court on provisional application (“PAP”) on 27 September 2021. Once two further Member States deposit the ratification instrument, the UPC can start necessary administrative processes, such as adopting a budget and a case management system.

The German Federal Constitutional Court has dismissed the request for interim measures against the ratification. It found that the new complaints are not admissible. The dismissal enables Germany to conclude the ratification process (read more here).
Close X

2. How much will a Unitary Patent cost?

3. What is the structure of the Unified Patent Court?

5. What is the jurisdiction of the UPC?

General jurisdiction of the UPC

The UPC will have exclusive jurisdiction over cases regarding:

The UPC will be entitled to:

Jurisdiction of the divisions of the UPC (Forum Shopping)

Revocation and declaration of non-infringement

1. Proceed with both the infringement and revocation,

2. Refer the whole case to the central division (with parties’ approval),

3. Refer the revocation claim to the central division and:

a. Stay the infringement action, or

b. Proceed with the infringement action.

7. Is it possible to opt-out from the jurisdiction of the UPC?

For Unitary Patents: No

Sunrise Period: European Patent proprietors will be entitled to file an early opt-out declaration before the Court opens

8. What is the timeline for proceedings before the UPC?

Infringement Action Timeline (if no counterclaim for revocation)

Infringement Action Timeline (with counterclaim for revocation and no bifurcation)

10. What are the court costs for UPC proceedings?

On 26 February 2016, the UPC Preparatory Committee announced that it had agreed the rules on court fees, “subject to legal scrubbing”:

11. Timeline: When will the system go live?

According to the UPC’s website, it is estimated that the UPC will start operations in early 2023.

12. What happens now after the development in Germany?

While the dismissal of the constitutional complaints in Germany allows the German ratification to be deposited, there are still numerous things to sort out. It is, for example, still not clear where to move the Central Division that was originally meant for London.

On 29 March 2017, the UK gave formal notification of its intention to leave the European Union. On 31 December 2020, the transition period ended, and the United Kingdom left the EU single market and custom union.

The UPC is not an EU body. However, the UK has chosen to withdraw from the system stating the potential involvement of the CJEU as a reason. It withdrew its ratification on 20 July 2020. As one of the three Central Divisions has originally been allocated to London, it remains to be seen where this division for pharmaceutical division will be seated.

We are well placed to assist with any Brexit-related IP (including UPC) related questions and concerns you may have in the coming weeks and months. We encourage you to raise your questions with any of the key contacts listed below or any of your usual Linklaters contacts.

We have also gathered insights and briefings to help you consider, and deal with, the wider implications of Brexit in a dedicated microsite.

Advantages to opting-out from the jurisdiction of UPC:

Benefits of staying in (i.e., benefits of not opting out of jurisdiction of UPC):

See FAQ 7 for further information on the opt-out

When there are multiple owners of a (European or Unitary) patent, the following issues should be considered:

1. The rights of co-owners of a Unitary Patent

4. Applicable law to the patent as an object of property

Contact the UPC taskforce for guidance on bringing or defending actions before the UPC.

No modal items found. Ensure you have a data source specified and add some child items to the data source item.
UPC Taskforce
Linklaters has created a dedicated cross-border taskforce of patent litigation specialists.