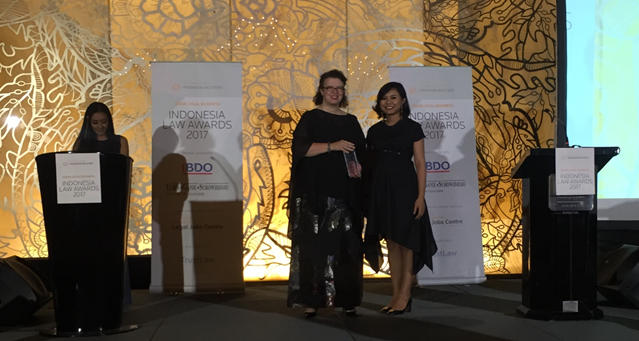 Linklaters is delighted to have won three awards at the ALB Indonesia Law Awards 2017 hosted last night in Jakarta. The Awards pay tribute to the outstanding performances of private practice and in-house teams.

The following awards were received:

The GO-JEK deal was a market leading transaction where we advised Farallon Capital on its Series D investment in PT Aplikasi Karya Anak Bangsa (“AKAB”). AKAB is the owner of GO-JEK, Indonesia's leading ride-hailing and on-demand mobile application. This transaction underscores the increasing interests of financial sponsors in disruptive technology companies and was the largest single-round fund-raise by financial sponsors in a Southeast Asian technology company.

Alongside the three awards above, we were also shortlisted for the following deal awards:

These nominations showcase our strong capability across all sectors and are a reflection of how our Indonesia practice continues to grow from strength to strength underpinned by the strong working relationship between Linklaters and Widyawan & Partners.