Like the rhino in the animal kingdom, the EU merger control regime is an obvious and straightforward force in the global merger control landscape. Although it may, at times, appear slow-paced or brutish, it can be surprisingly swift to react when threatened and its instinct is to charge directly at whatever has spooked it.

Rhino is our digital platform for EU merger control analysis with statistics, updated monthly, and commentary.

The number of deals cleared by the European Commission in Phase I  (in non-simplified cases) subject to remedies has increased from 10% of cases to 15% in the past twelve years. It is statistically less likely to achieve unconditional clearance in Phase I.

In 2012, a Phase II investigation lasted an average of 9 months, including prenotification and formal review. In 2021 that number was 16 months, an increase of 77%. The years 2020 and 2021 were outlier years with many Phase II cases being delayed due to pandemic related market changes. But if you take the average of 2017, 2018 and 2019 you still arrive at an increase of 34% in the length of time you can expect for a Phase II case compared to the average from 2012 to 2014.

Remedies are getting tougher

The EC is increasingly requiring up-front buyer remedies, where the parties cannot close the transaction before having entered into a binding agreement with an approved purchaser. This occurs where it is unclear if there will be suitable purchasers.

We also see an increase in fix-it-first remedies from 2016. The parties must identify a purchaser, have it approved by the EC and enter into a binding agreement before clearance.

Divestitures in the manufacturing sectors aren’t soft in terms of the substantive overlap that needs to be divested. Only in 23% of cases less than the full overlap has been divested. And chances of the EC accepting such divestiture are not necessarily higher in Phase II compared to Phase I. This shows two things: it is difficult to get away with less than the divestment of the full overlap, but it’s not entirely excluded. And parties do not necessarily get a better deal in Phase II compared to Phase I. 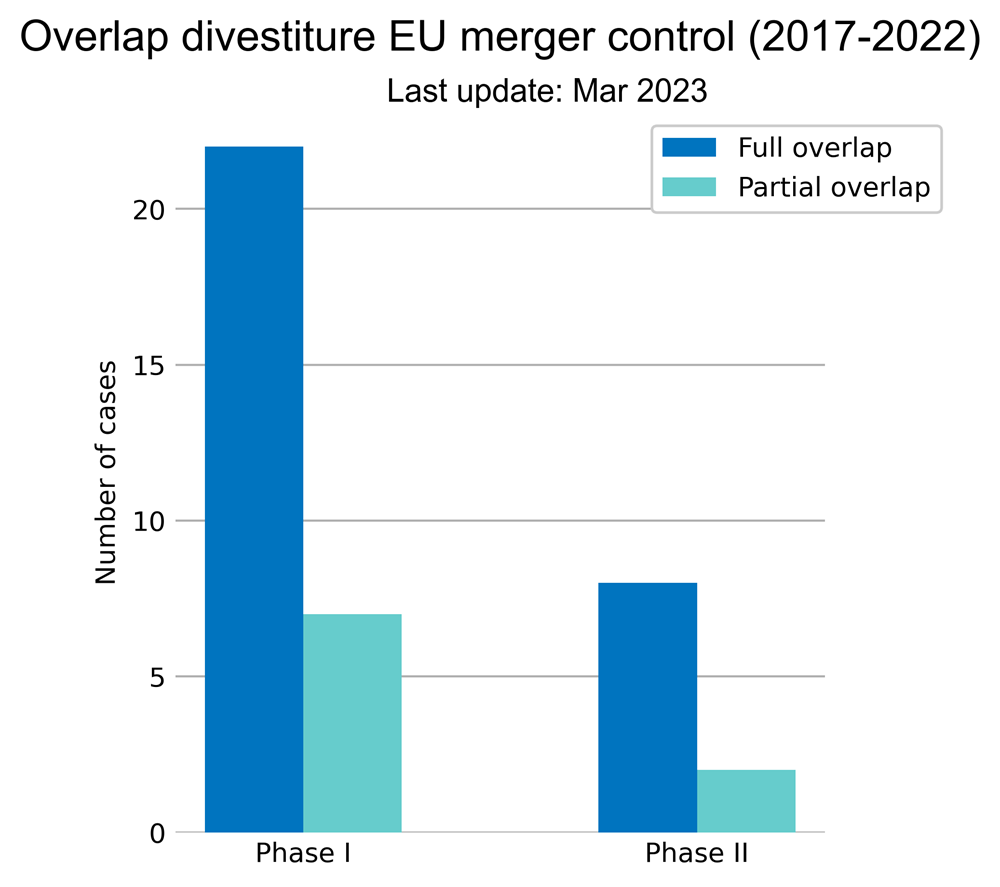 Mixing-and-matching – it all depends on perspective

The European Commission and the UK competition authority reached opposite conclusions on the remedies proposed in the Cargotec / Konecranes case. In our first post we explain the diverging views.

Please also check out Rhino’s older cousin Platypus. We promise it will keep you heartily entertained and well informed about the UK merger control regime.

Welcome to our global competition blog, where you will find insights, commentary and news from our dedicated competition and antitrust lawyers around the globe.